Last on our series of Lean tours was Kobelco, a manufacturer of world class excavation equipment.

Kobelco takes some common assumptions and turns them on their head.

For example, as a maker of huge construction equipment, you would figure a dirty assembly line would be part and parcel of the work, right? Nope. They put a primacy on cleanliness and organization. They place sticky mats down in various spots which collect the dirt/dust from forklift wheels and then can be replaced every few hours like sticky notes. They also painted the whole production floor white. You read that right. White.

Like the other Lean companies, they recognize the joy inherent in Lean processes. So as a company of (predominantly) males, who get restless and bored easily, they instituted a policy where anyone in the company with a legit kaizen improvement has naming rights on the improvement. So if the improvement involves anything of a permanent or semi-permanent nature, you get to name them anything. ANYTHING. So, of course, some of the names are rather…blue. Others are more funny, like the Japanese equivalent of Farty McFartface.

Appropriately, they designate waste as “hard work” because if any of you are familiar with the traditional 7 wastes, they DO make work harder.

They also have no buffer or work-in-process (WIP) between production zones on the line. So that means problems are forced to the fore, and they stop the line of 600 people whenever it is necessary.

But even with the improvements, our guide was clear that companies like Kobelco struggle with taking steps backward as well. When we were there, the down low was that management had progressively gotten a bit too structured, which was resulting in a stifling of kaizen improvements. Additionally, during the tour we happened upon a room full of production engineers who were sitting behind computers when they should have been solving problems real time on the floor.

So it turns out the Japanese are human too.

The whole tour, led by former production manager Yvan – who now heads their safety department – was instructive and entertaining.

That evening, we went to the Japanese equivalent of a greasy spoon – an atmosphere thick in fish oil smoke in a building made out of tin and wood. With an open BBQ flame at each dining table, what could go wrong? 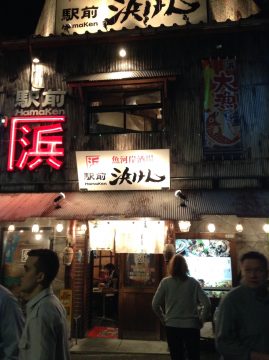 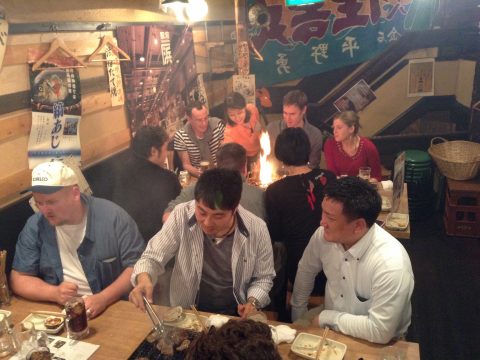 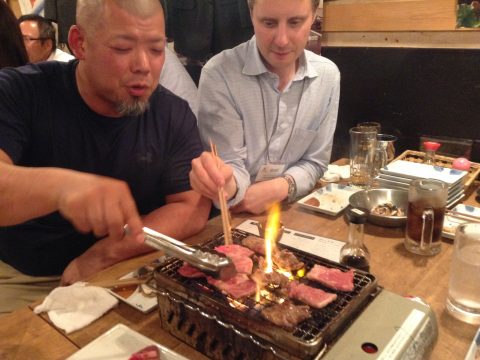 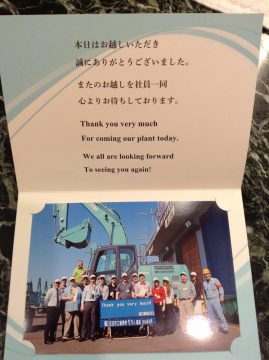