Our owner and CEO, Greg Wright, had long been convinced of the 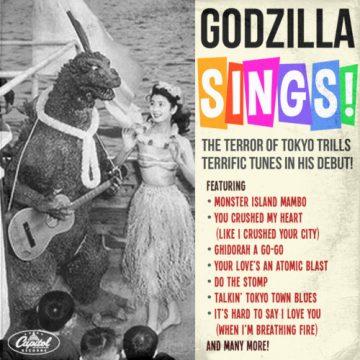 proven effectiveness of Lean Manufacturing principles. So in the spring of 2015, he went back to Japan for a 2nd lean tour – taking with him a handful of other key RAM employees.

We had the opportunity to get an extended look at the Japanese culture, countryside, and culinary arts.

As one might expect, there are anomalies due to the homogeneity [look it up] of Japan. Some seem more intuitive than others. For example, you wouldn’t be surprised to learn that nearly every vehicle we saw on the highways and byways appeared to be both new, and clean. Less intuitive, is that nary a single pickup truck – in any condition – was to be found. Evidently our Japanese friends are not all about the Saturday trips to Lowe’s. Either that, or they are cool throwing huge bags of weed & feed into the backs of their sedans. Whatever floats their boat.

Also, our experience was that Japan is simply a very, very safe place in which to raise a family. In fact, that’s one of the reasons our lean tour guide (who is not Japanese but married a Japanese woman) has elected to stay there for the duration. White collar crime is an issue, but the behavior that is a blight on American urban centers – rapes, shootings, muggings, vandalism – are almost unheard of in Japan. In fact, there would be vending machines for various beverages on busy downtown corners in Japanese cities that could stay there in perpetuity, performing their function unmolested by ne’er-do-well’s. By way of comparison, in downtown Seattle a few miles away from RAM, vending machines situated outside on a corner would last approximately 6.3 hours before being toppled by Nike-wearing, iPhone-holding, Starbucks-drinking decriers of the evils of capitalism.

The food? Well, that’s largely a matter of taste. And with our admittedly American palettes, many times we just had to grin and bear it. Especially when the food appeared to be grinning at us. 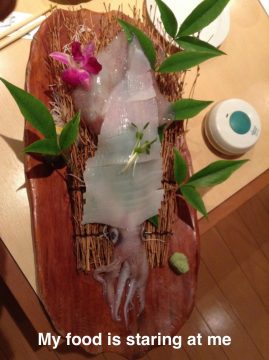